No, this is not a mistake – „The Genius of Birds”, a book by Jennifer Ackerman, published by the Jagiellonian University Press, is accompanied by an information: „New York Times bestseller”. Indeed, it won the hearts of many people, not only those crazy ornithologists, who can spend the whole day with binoculars in front of their eyes, and provided exceptional pleasure not only to those interested in ecology, animal welfare or even science itself. Also the readers, for whom up until recently ornithology was as distant as a trip to Mars, and who used to perceive bird-watching with pity, and all their knowledge of winged beings came down to fear of bird flu, will not soon forget about „The Genius of Birds”.

What does it matter that I do not know any ornithologist? Observing birds during walks seems to me a sufficiently accessible and convenient task, so that everyone can risk and do it. We are far from the English model, we do not run, like the inhabitants of Great Britain, with binoculars and atlases that allow us to recognize even the most unusual species, but bird-watching – non-invasive and non-committal, can still become a habit worth recommending.

Ackerman’s book, divided thematically into chapters (with intriguing titles, such as „Squirrel and its city – an adaptive genius”), talks about bird communities, their customs, language and skills in a highly original way. This delightful publication will familiarize you for example with Caledonian crows, tossing nuts that are too hard for them to open under the wheels of cars, with clever creatures, able to unscrew milk bottles put up by milkmen at doors of English houses, with a certain weaverbird, arranging multicolored patterns made out of grasses, sticks, ribbons and flowers to attract its partner, or with surprising birds that can construct simple tools and even use them repeatedly!

A huge amount of information about amazing and rarely mentioned matters was presented on 290 pages of „The Genius of Birds”. It turns out that accounts of scientific experiments, allowing to determine the type of bird community, their habits and the processes of adaptation to various conditions, can create a fascinating work for everyone (extensive footnotes were placed at the end of the book). And so „The Genius of Birds” is also its author’s genius, who in a perfectly accessible way mixed a description of latest scientific discoveries with amusing, stimulating the imagination and sometimes almost philosophical anecdotes and curiosities about birds’ lives. Such a colorful and full of art picture of the bird community cannot be overlooked, especially as we deal with an absolutely atypical book, written with an accessible, light language, and at the same time just … teaching.

It is certain that for some people reading this work ended up with the discovery of a new passion. Does it have a chance to provoke a cultural trend of being a „bird-watcher”? 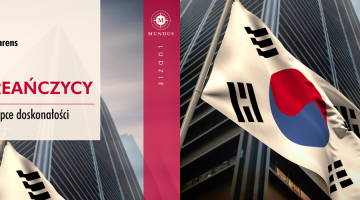 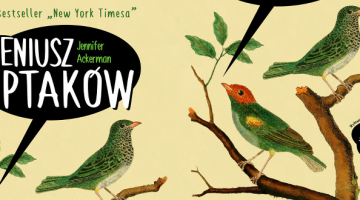 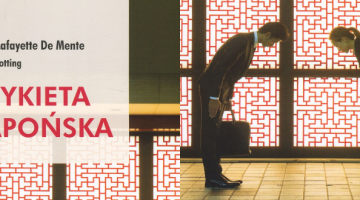