The extensive, monumentally, but non-trivially, published by the State Publishing Institute, Truman Capote by Gerald Clarke, is certainly a „book-holiday” for the fans of the author of Miriam or Shut the Final Door. Those going crazy about Capote will surely find plenty of new information for them here. The incredibly minutely reproduced story of the life and career of the Wonder Boy and the admirable translation of these stories make us feel almost every minute, every moment of the life journey of this extraordinary talent, being able to not only plastically and anew describe the American South, but also beautifully order Breakfast at Tiffany’s.

Capote is so unconventional that successive readers of his work with increasing difficulty struggle to express his silhouette in a few words. Capote, the star of American literature who was not ashamed of wanting to become it, did not feel embarrassed of being it and wanted to shine throughout all his life. But this star is also paralyzing complexes and memories, a father who kept promising to take care of little Truman, not keeping his word, a childhood at his aunts house, difficult school days, and un irritating, from the very beginning irresistable ambition. It is also a run for success started by working as a messenger for a magazine’s editorial board and the feeling of being moved[while reading his first own, not so perfect, short stories. A huge help in navigating Clarke’s twisted, brilliant, unusual accounts of the life of the writer, is the apothecary, added at the end of the book, the index of individuals, events and concepts related to them. Under the entry „T.C”, we will find not only the list of all Capote’s publications, but also the names of the animals referred to in the biography, fast cars, disco clubs, expensive and suspicious restaurants, hospitals and streets, as well as the addresses under which the hero lived, the names of his doctors, lovers, enemies and aficionados.

No doubt we are dealing with a reliable document, written almost in the language of the hero, his thoughts and experiences. This is an invaluable advantage of Clarke’s work, which would make it possible to forget the only drawback of the biography proposed by him. The composition of the work is subordinated to Capote’s lush erotic life. Here, the whole of his private and professional world, and even, we could say, the world in general, spirals around his sexual orientation. Clarke proposes an image of the writer possessed by his sexual passion, letting us in on many of the hero’s bedside stories with the power of guesswork and gossip. I absolutely do not want to suggest that it is more attractive to read, from the indexes, the names of the writer’s favorite pencils than the names of his lovers, but reducing the story of the hero’s adult life to a campaign of erotic conquests did not convince me. Even Capote’s bed problems become boring and predictable when one talks too much about them. I hope, however, that readers will not hide this book out of a sense of disappointment or, worse, shame. In the end, what is not forgiven of the writer who was able to realize almost all his dreams, and from small-town South America broke free to the America of neons and the stars of New York bohemia? And if we’re already at the Bohemia… Now, I’m just waiting for Capote’s musical biography. Capote at the CBGB club, Capote with the Rolling Stones on their 1972 tour, Capote with Andy Warhol, having a party for Blondi at Studio 54 four years later … But would such a book be a successful one? 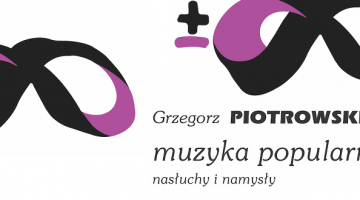