Simon Reynolds and Joy Press, writing The Sex Revolts: Gender, Rebellion and Rock’n’Roll, what is already a cult book, were wondering if when they will have completed their work, devoted largely to the issue of the sexism present in rock music, they will still listen to albums by the Rolling Stones and the Stooges with innocence. The answer came quickly – the results of their research came back whenever Reynolds and Press put the needle on the record „(I Can not Get No) Satisfaction” or „I wanna be your dog.” The authors warned, however, in the last sentence of their book’s preface – read at your own risk. Grzegorz Piotrkowski in his Popular Music. Listening and Meditating (Muzyka popularna. Nasłuchy i namysły) does not warn readers, although he does visualize such matters of which the knowledge shatters our sense of innocence in dealing with popular music.

The first part of the title of the intriguing thesis by Piotrowski – who is a musicologist and culture expert, lecturer at the University of Gdansk – at first glance seems clear to everyone – we still hear the term „popular music” here and there, and we know that what is hidden beneath it is with us every day. But the second part of the title, Listening and Meditating, is the key to reading Piotrowski’s book. Without accepting “listening and meditating” as our own way of reading, as the author adopted them as his guide through the world of music, we will not be able to fully enjoy Popular Music… Why? Because the aim of the research conducted by Piotrowski was not to give the one and only true definition of what – it turns out – is not only an area of musical creativity, but also a category of culture, but rather to listen carefully to what others have to say about the subject of popular music and interpret what exists between words and what is encoded in artistic practices. The author presents various, sometimes completely different definitions of „popularity” and ways of thinking about it. There are as many ways of “listening and meditating” as there are people who listen and think. Nobody asks us to surrender to the categories which modern science proposes. We do not have to agree with them, we do not have to know them by heart – wonderful that we will know about them and reflect on the who, how, and why release a music CD or why we hum certain songs all day, especially those heard in the supermarket or at the hairdresser.

The authentic inauthenticity of the “popular” artist – it is just one of many issues that we find both in The Sex Revolts: Gender, Rebellion and Rock’n’Roll and Popular Music… Piotrowski’s rumination on the structure of popular music and the terminology which covers this field of creativity – a rumination full of passion and insight, yet, at the same time, of admirable distance – led him into the area of performance. Therefore, especially for fans of Madonna or the great „rock festivals”, the author should have issued a warning as, earlier, did Reynolds and Press: do not say that I did not warn you. 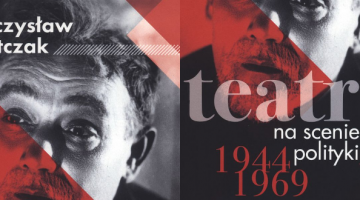